Alumnus highly commended for A Level Short Film at BFI

Joe’s film is an animated short film, inspired by the works of Aardman Animation (makers of ‘Wallace & Gromit’ ) whilst also paying homage to Hitchcock and Warner Brothers Looney Tunes  cartoons! His touching tale of a plasticine blob’s search for identity will strike a chord with anyone who has ever struggled to fit in. Although the film lasts just over 5 minutes, it took weeks of careful, patient work and editing (helped dutifully by Joe’s mum, who really ought to have some kind of ‘Supporting Director’ award!). The film achieved the highest possible grade for his A-Level Film Studies coursework, and enabled Joe to take up a place taking Film Studies at University. Please see the film below:

Mr Wright said ‘The best short film by any student I’ve  taught, without a doubt. It’s funny, technically impressive despite the non-existent budget…just imagine what he could do with real equipment and money! Seriously, Joe is currently in his first year of a Film Studies Degree at Reading University, and I’d love it if he managed to make a career in the industry. He has the ability without a doubt. Who knows, this might be the first award of many.” The ceremony will include a screening of all the shortlisted films, awards for the winners and a screenwriting masterclass from  Academy Award nominee Matt Charman  (Bridge of Spies).

We caught up with Joe ahead of the awards ceremony:

How does it feel to been ‘highly commended’ for your short film?

'It's nice to see that the film was well liked as it at the very least proves that I must be doing something right, and it’s a good incentive for me to keep working on films whenever I can and hopefully make better ones in the future.'

What did you enjoy most about making the film?

'While it was satisfying to see the animation come together during the editing process and watch the finished product, I’d be lying if I said that it was entirely easy. Stop-motion animation takes a considerable amount of time and effort to produce, and while the finished film is only around 6 minutes, I believe it was actually made up of over 4000 individual images (with roughly 12 images making up only a second of footage). So yeah, quite difficult to make but I’d argue it was worth it in the end. I do personally prefer producing live-action shorts because for one they’re a lot faster to shoot, and you have the ability to interact and collaborate with other people both on off an camera, rather than staring at Plasticine models for days on end. Despite the difficulty though I would’nt say no to making another stop-motion film in the future.'

What are you enjoying most about your university course now?

'It acts as a great opportunity for me regularly work on new productions and collaborate with other like-minded students, while having access to the resources to produce films properly, rather than borrowing cameras from Mr Chilman all the time. I’m looking forward to the next few years on the course to expand my own knowledge and improve my filmmaking skill to hopefully pursue a career in the industry as soon as possible, even if its means running around and getting coffee for the cast of Eastenders during my first couple of years on the job.' 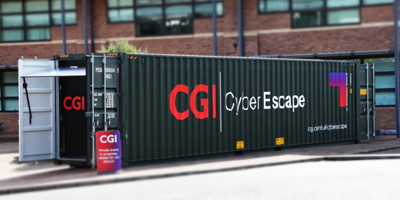 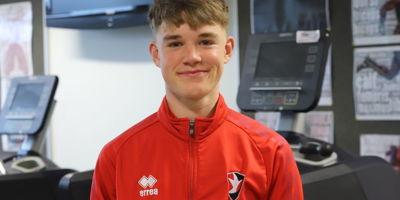