Are the Cheltenham races really necessary? 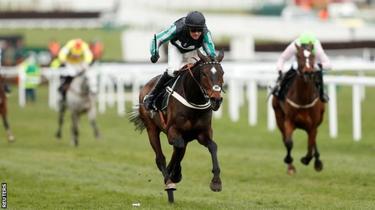 From Tuesday 13th March to Friday 16th March, Cheltenham’s horse racing event will be happening once again. However, are the races benefiting our town, or destroying it? There are many good and bad opinions about the races that the Cheltenham community have; mostly bad, but some are good too!

A teacher at All Saints' Academy, Miss Savory said, “The races brings money into the town which has a positive outcome, but with the addition of others, Cheltenham becomes more disruptive!”

This statement is a good example because during the week, Cheltenham has more antisocial behaviour, e.g drunken people in the town.

Also because of the increase of pedestrians and people, the roads and traffic can become really busy. This is a huge disadvantage for us living in Cheltenham because of driving to work and getting places.

Students at All Saints' Academy, Amy Brown and Liv Atkinson said, “Personally I think the races are more suitable for older people, as for the gambling and drinking is not a place for the young.” “It is NOT fair on the horses!”

As for these statements, there are for and against because others have said “the horses are going to die at some point anyway, even if they were in the wild.”

In the first day of the races, two horses sadly passed away! More deaths are likely to occur as the horses could get heart attacks, broken necks, backs, legs and other fatal injuries.

On a positive thought, the races do bring lots of money to Cheltenham, especially from celebrities. Celebrities also attract alot of media attention which shows off our town.

Overall, the opinion of most people we interviewed thought the races in Cheltenham could maybe change locations as to benefit the those living in Cheltenham.